Signing of a contract for electrification of the Pomeranian Metropolitan Railway

TORPOL S.A. ›
News ›
Signing of a contract for electrification of the Pomeranian Metropolitan Railway

Signing of a contract for electrification of the Pomeranian Metropolitan Railway

The scope of the contract includes the electrification of lines nos. 248 and 253 along with their incorporation into railroad lines nos. 201 and 202, the construction of a new Gdańsk Firoga stop and the expansion of the existing technical and telematic infrastructure of PKM. The basic scope of works includes the construction of about 40 km of catenary network, as well as two 150 m platforms at Gdańsk Firoga stop together with the road system and parking lots. The project also envisages the optional construction of 4 additional turnouts along with the necessary adaptation of the RTC system, should this prove necessary.

The gross value of the contract is approx. PLN 48.8 million for the basic contract and approx. PLN 10.8 million for the optional contract. The task will be carried out in the “build” system, and all works are to be completed within 21 months from the date of signing the contract. The planned effect of the works will be an increase in travelling comfort and PKM potential through the possibility of introducing a modern electric rolling stock into traffic. 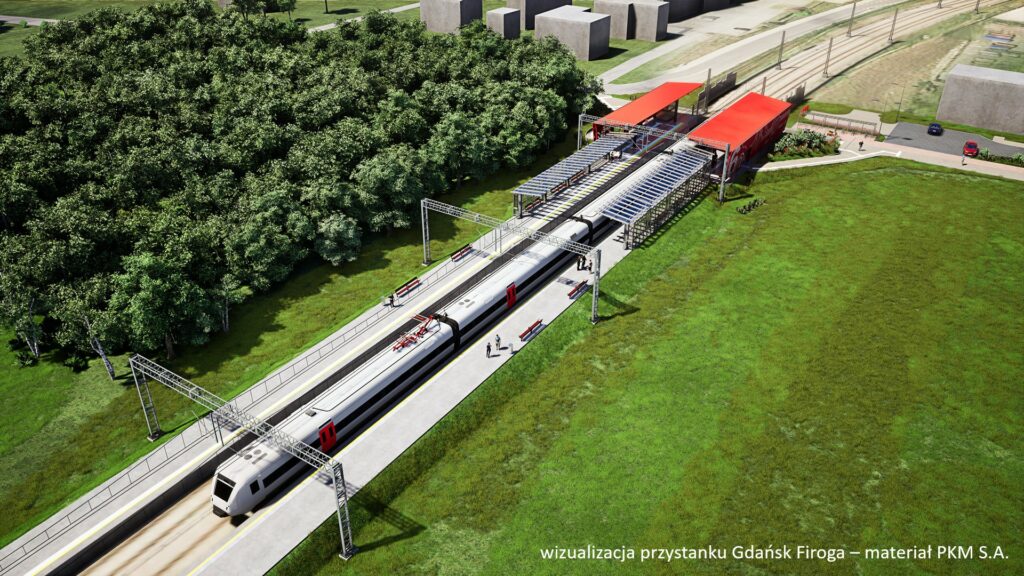