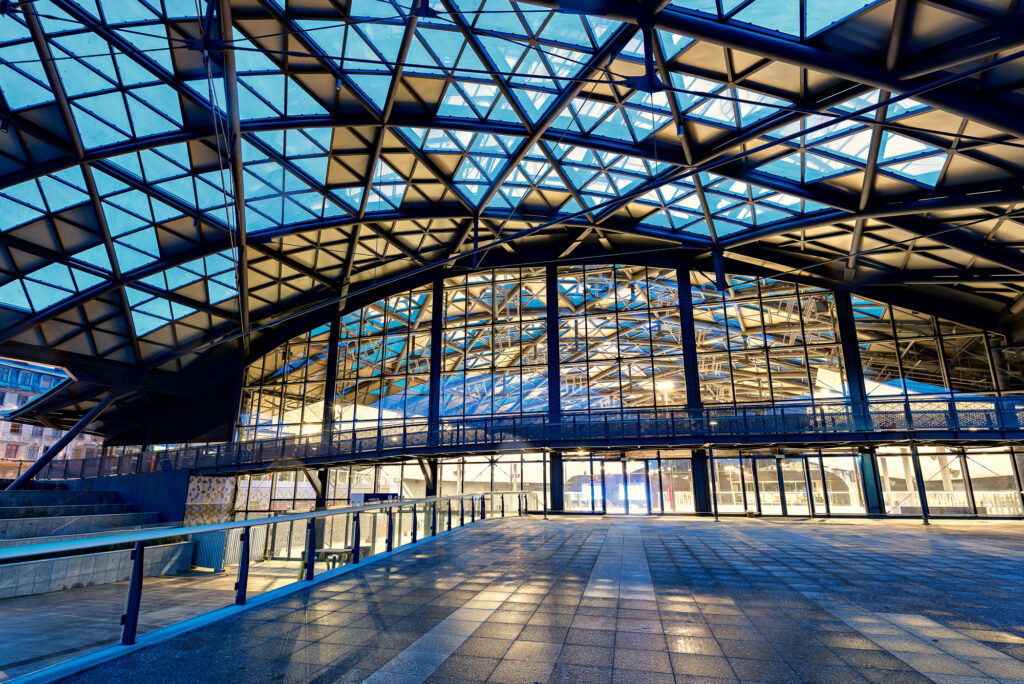 The multimodal Łódź Fabryczna station connects long-distance and agglomeration railways with regional and urban bus, tram and car traffic. The facility has three levels. At the lowest level, located 16.5 m underground, there is a railway station with four platforms and eight tracks.

The unique construction of the roof made of steel frames filled with ten thousand triangular, partially translucent panels makes the natural light reach the platform hall and light it up. There are two lifts on each platform, as well as escalators and travelators for easy luggage transport.

On the higher level, 8 meters underground, there are 18 ticket offices, as well as a waiting room, commercial facilities, and walkways. A multi-bay bus stop, which will be used by transport companies from all over the country, is located on the south side of the same level.

The building is adjusted to the needs of the disabled people, i.e. people with reduced mobility will buy tickets in three designated ticket offices with larger space and lower counters, buttons in the elevators are described in the Braille alphabet, everywhere in the floor, there are path guidance and tile indicators for the visually impaired and partially-sighted persons. Also, at the ends of the platforms such markings are located.

Parking spaces for cars motorcycles are located on the levels of -11, -14, -17. Parking spaces for bicycles are envisaged on the street level (0). On this level, there are the main entrances to the building. From the western side to the entrance leads a gently sloping ramp for pedestrians with stairs on both sides. Nearby, there is also a tram stop.

The east side is planned for travelers who get to the station by car or other vehicles. Before entering the building they may use s system of ramps to access the facility, as well as a short-term “kiss & ride” parking. The glassed entrance leads to the eastern hall where the facades of the old station have been restored in their original scale and with the most valuable architectural details maintained. Due to the glazing in the roof natural light reaches the hall in a spectacular way. One can also get to the building from the north and the south, where one may find a green passage for pedestrians and vehicle traffic calming.

In terms of the scale of works and its specifics, the new Łódź Fabryczna is the largest in Poland, and the third largest in Europe, railway investment. It can be compared with such projects as railway stations in Berlin and Vienna, which are considered architectural gems. The project employed 300 designers, who made almost 13,000 drawings, while the execution of the construction works required the involvement of nearly 15,000 employees managed by approx. 300 engineers from various industrial branches. The investment is part of the contemporary model of integrated transport systems in a city center, which has the advantage, among others, of optimizing the cost and time of transportation. Once the construction of the already planned cross-city rail tunnel is finished, then the Łódź Fabryczna station will become a through station enabling railway connections in western directions.

More than 750,000 m3 of concrete, which is three times more than the construction of the National Stadium in Warsaw, and 70,000 tons of steel was used for the construction of the station. It was necessary to export nearly 2 million m3 of soil from the construction site. The bottom plate of the new station has an area of almost 65 000 m2 – equivalent to six full-size football pitches. To bring railway traffic to the four platforms, a twin-tube tunnel with a length of 1.7 km has been built. The tunnel starts in the area of Niciarniana street in Łódź and gradually dives into the level of the platform hall. Also, 12.5 km of electrified tracks have been laid in the tunnel and in the station. Overhead power line includes a rigid network of 3 kV, which is another unique solution introduced in Poland, since the usually mounted catenary here is the standard overhead network. 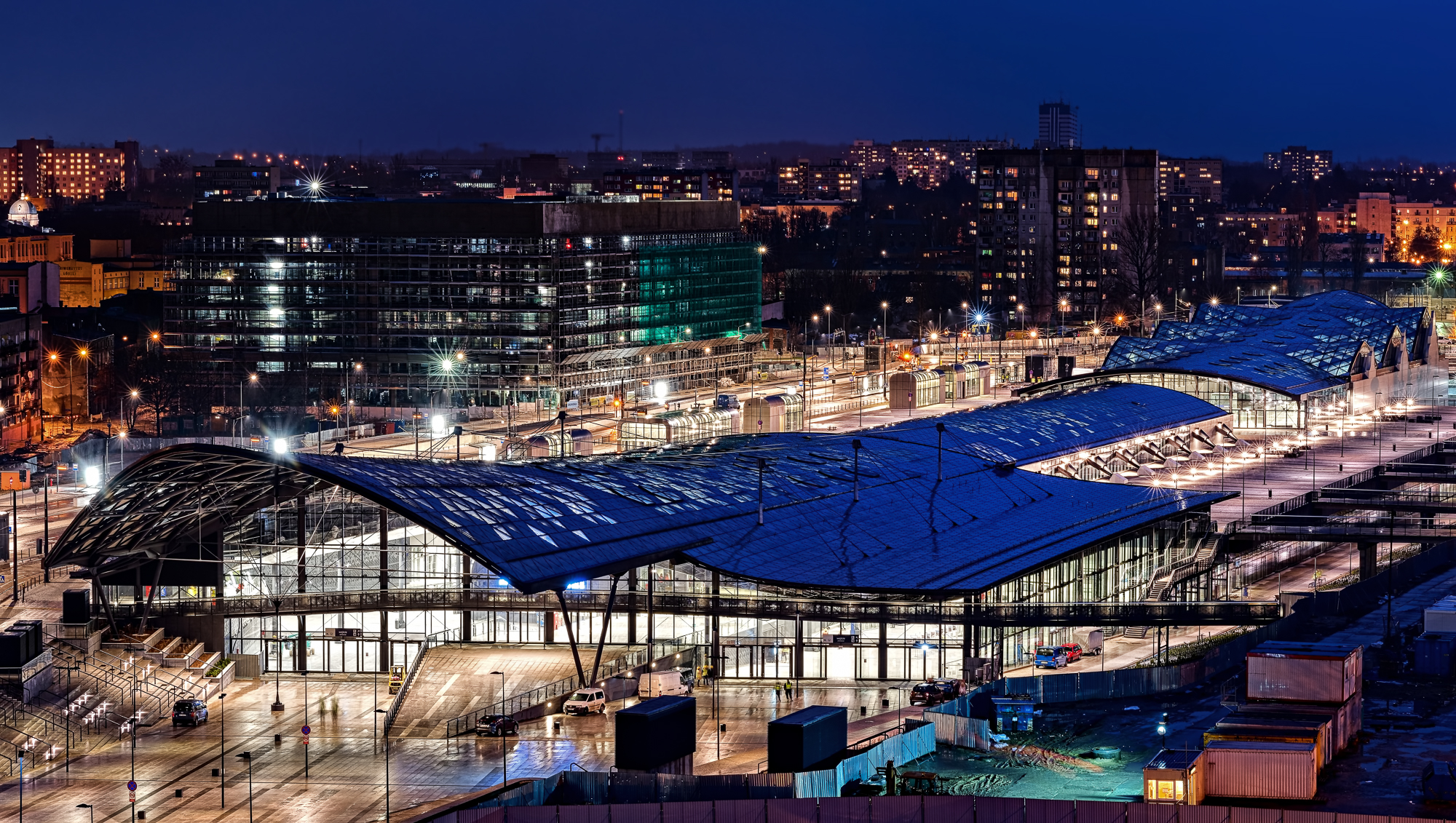 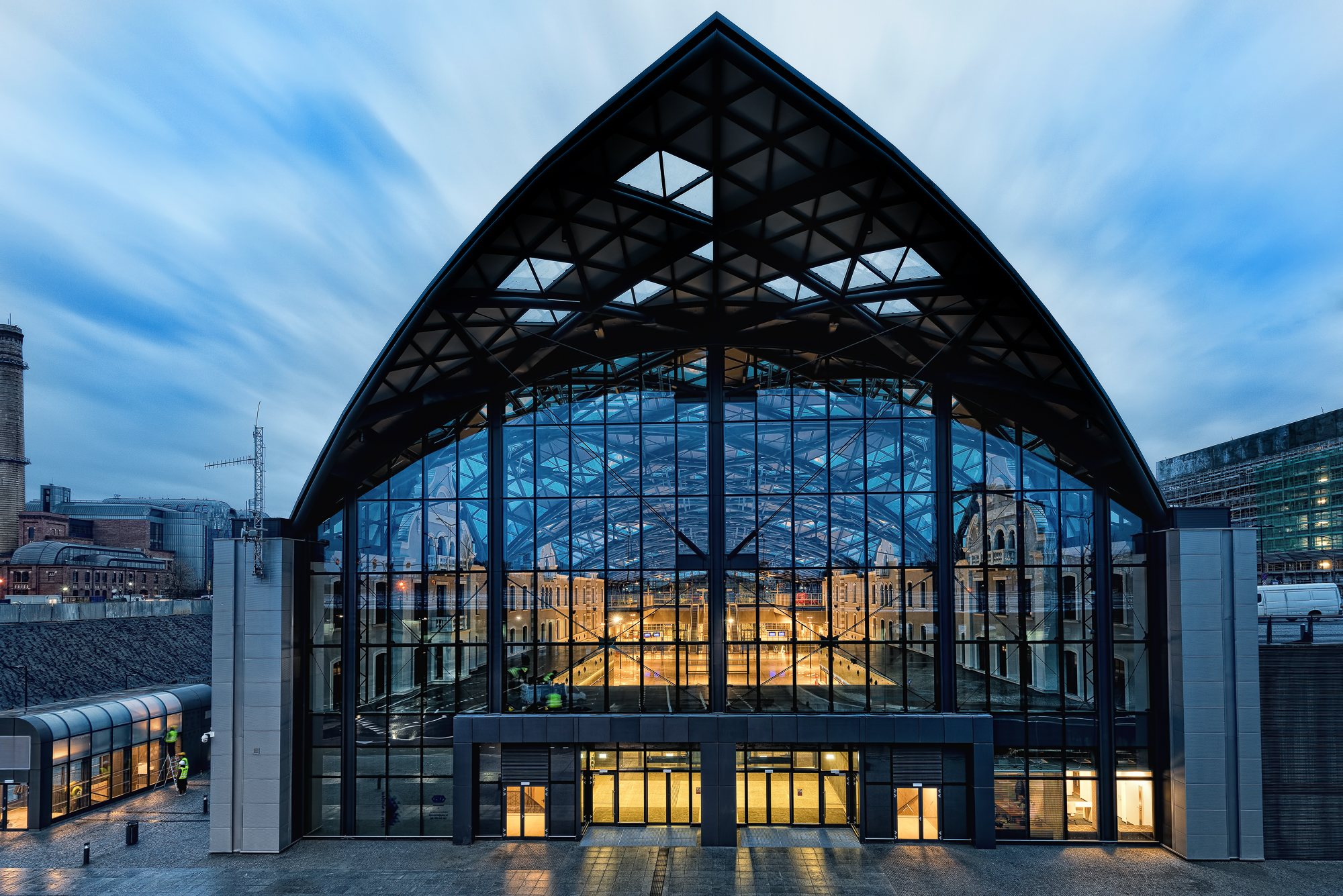 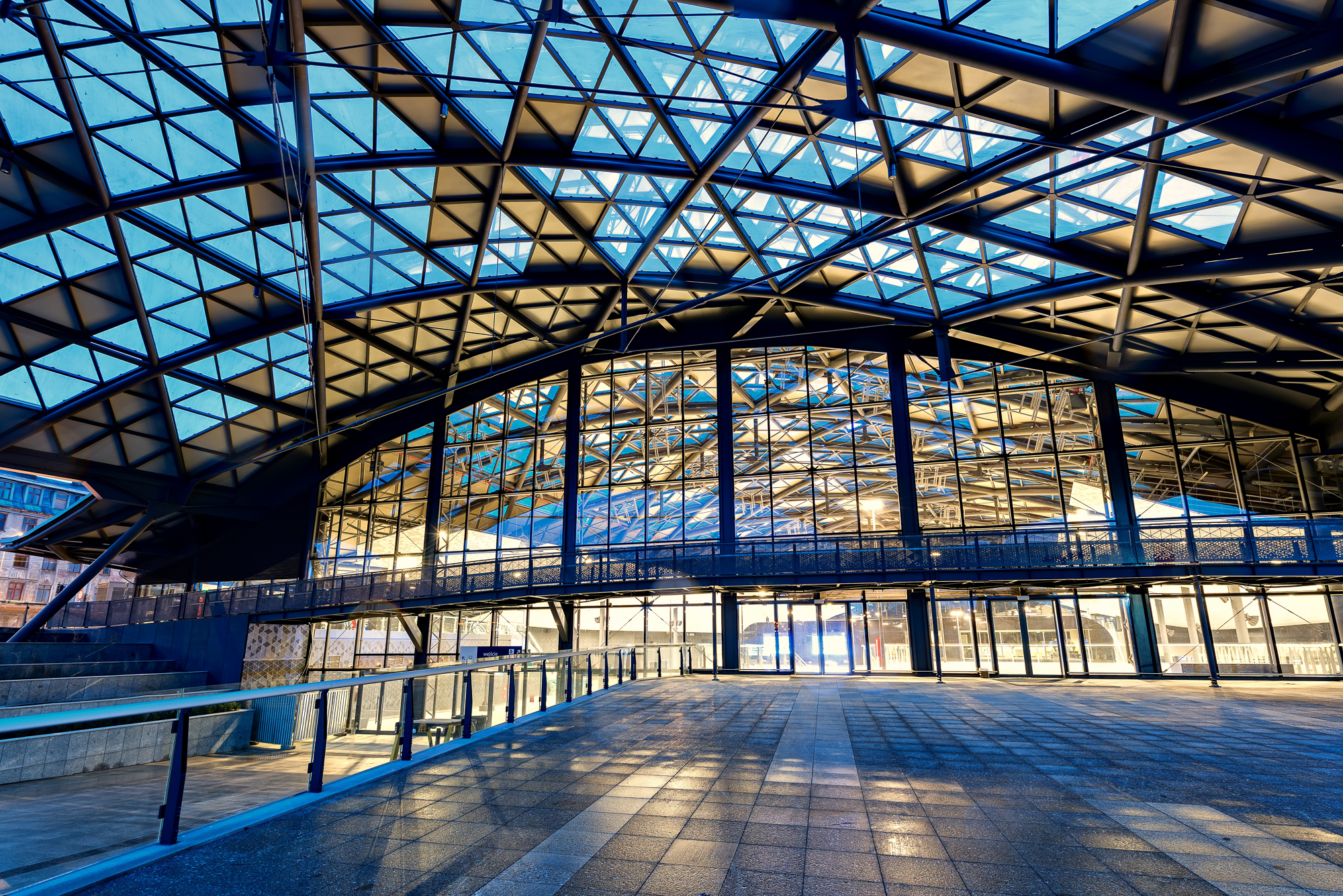 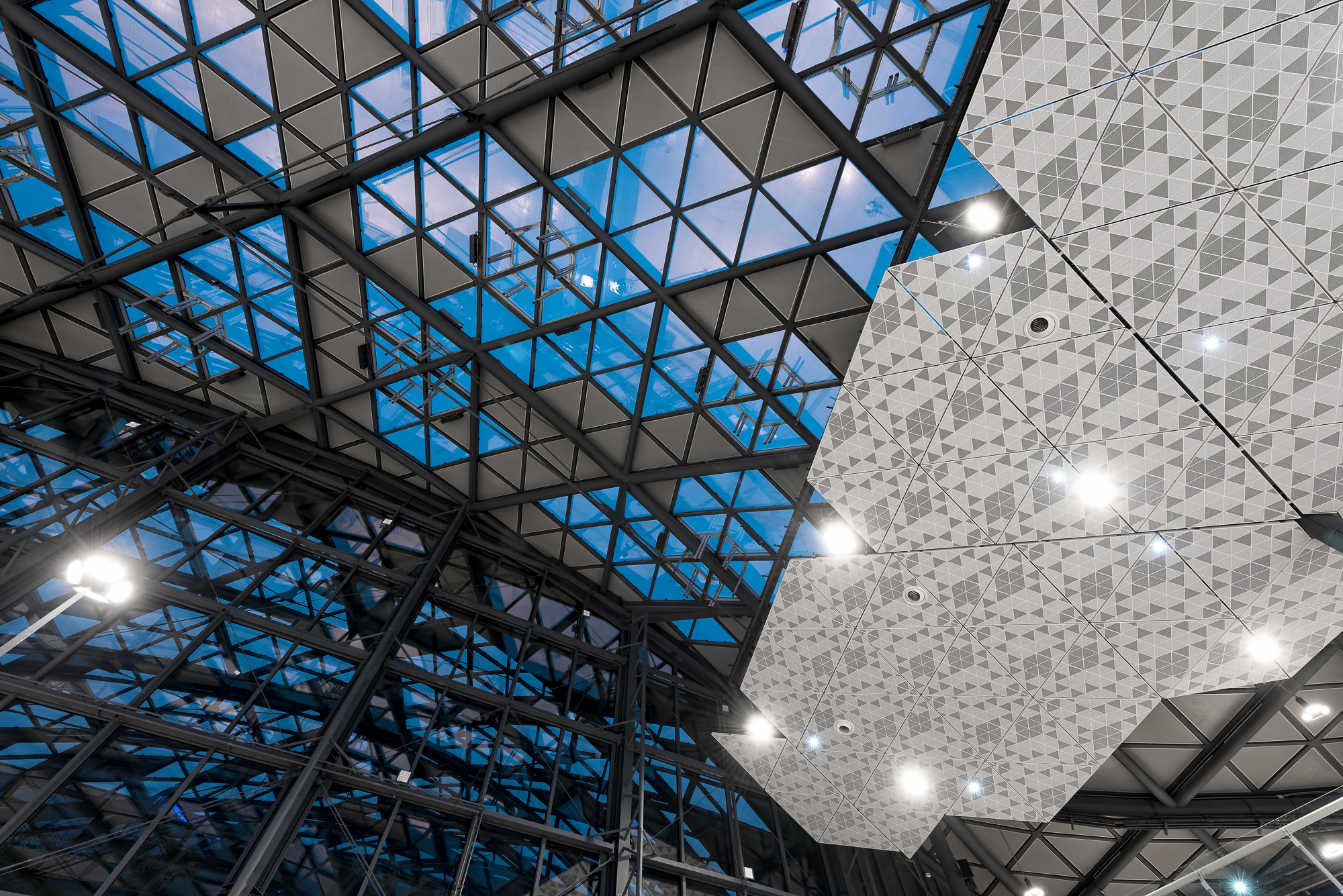 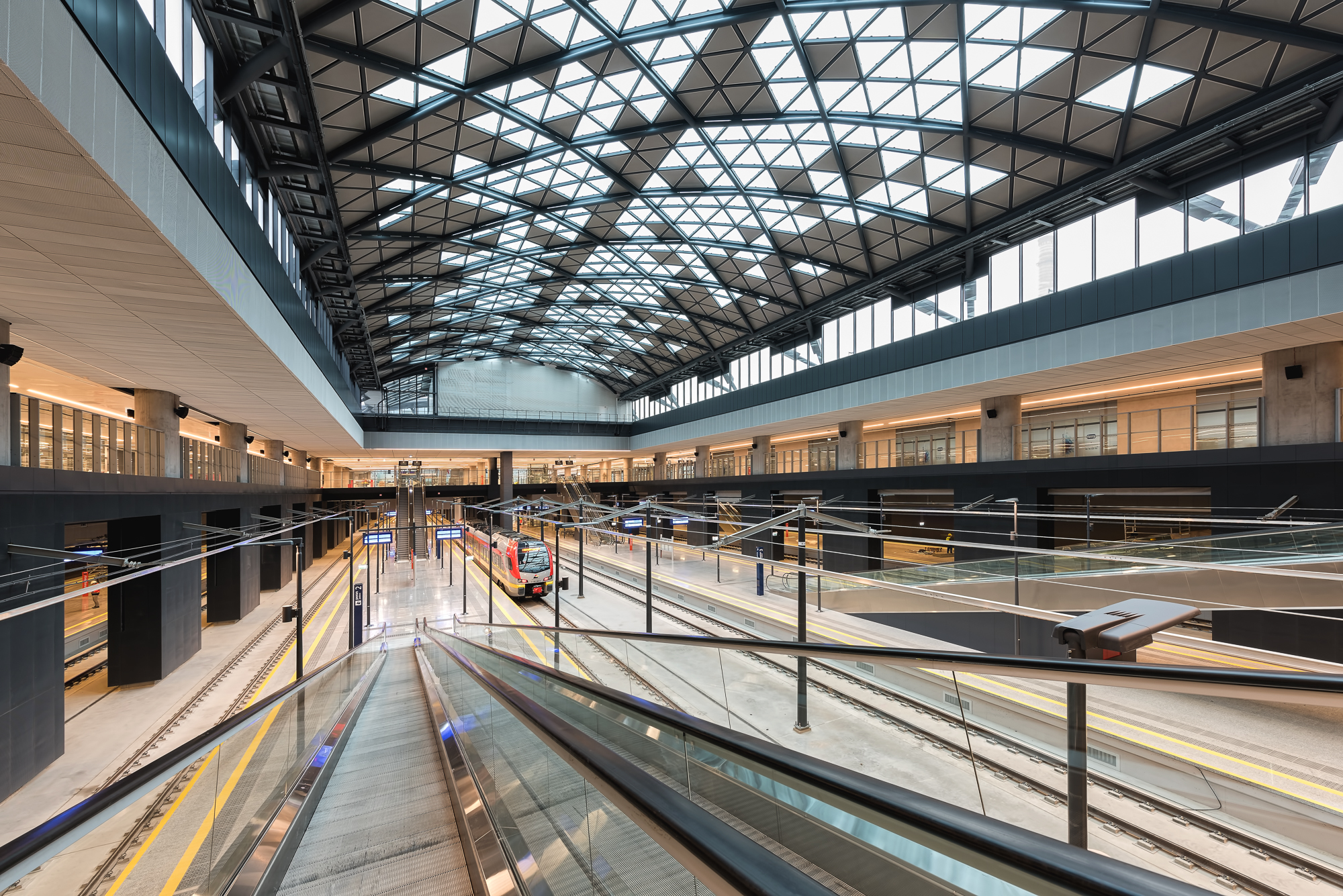 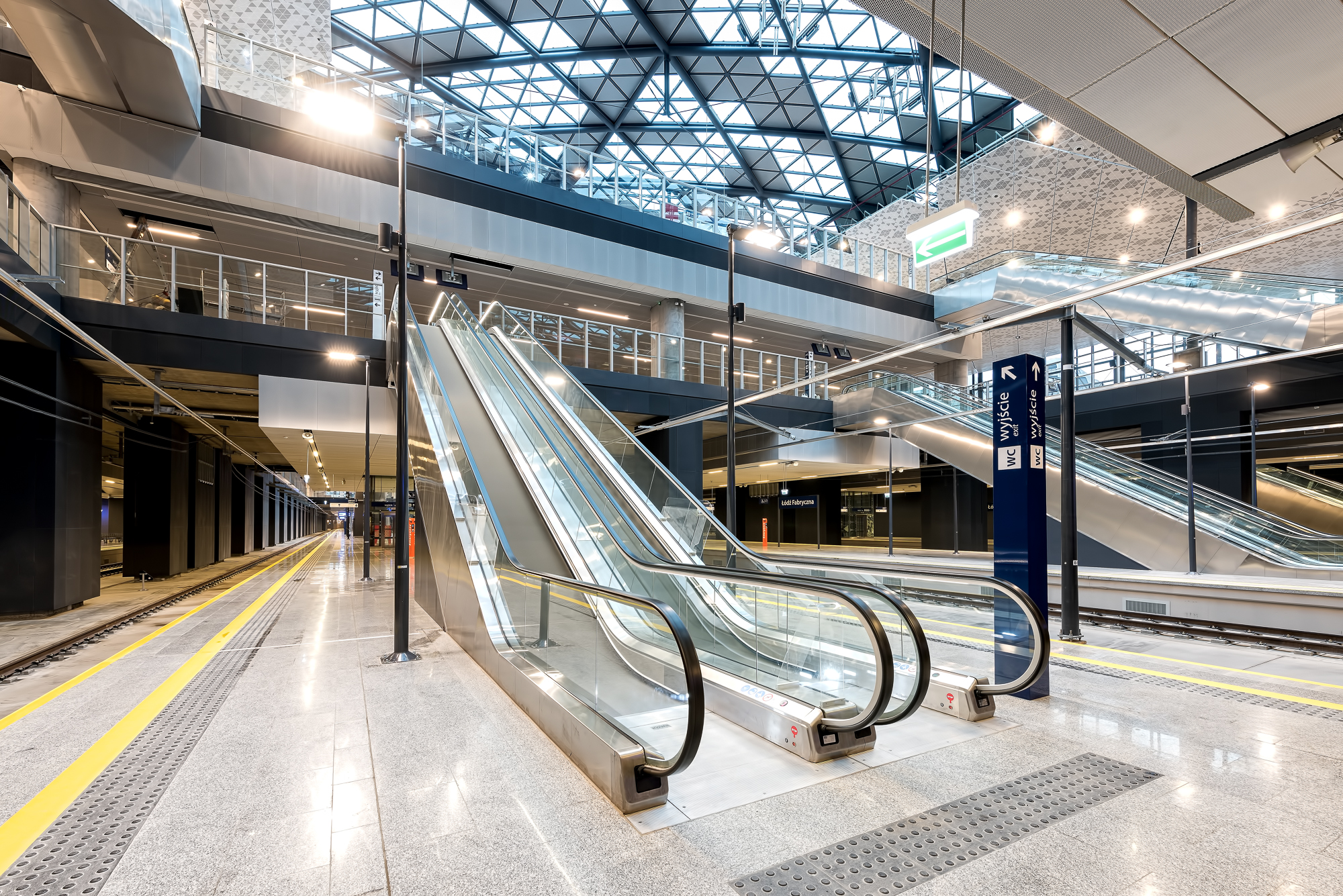 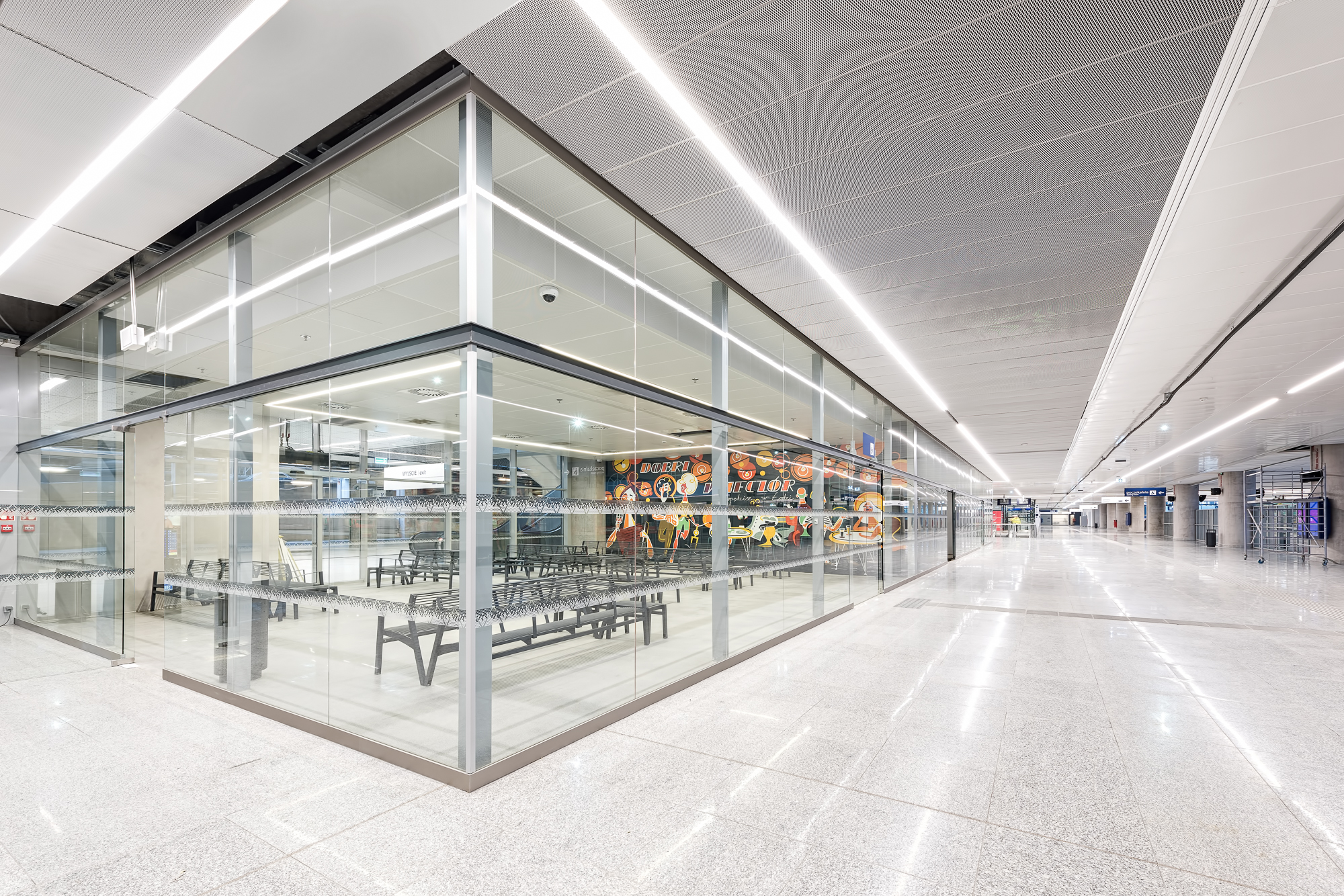 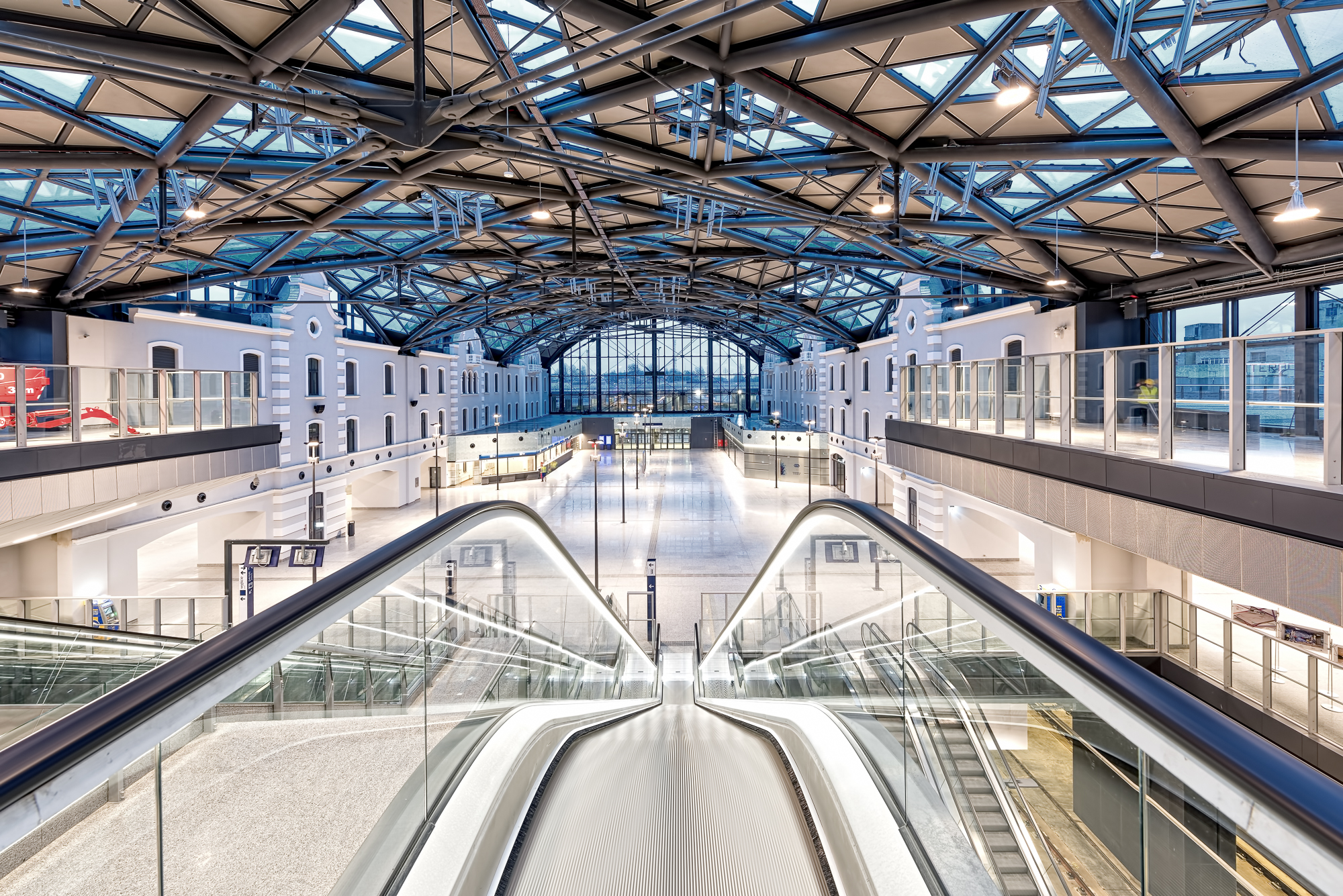 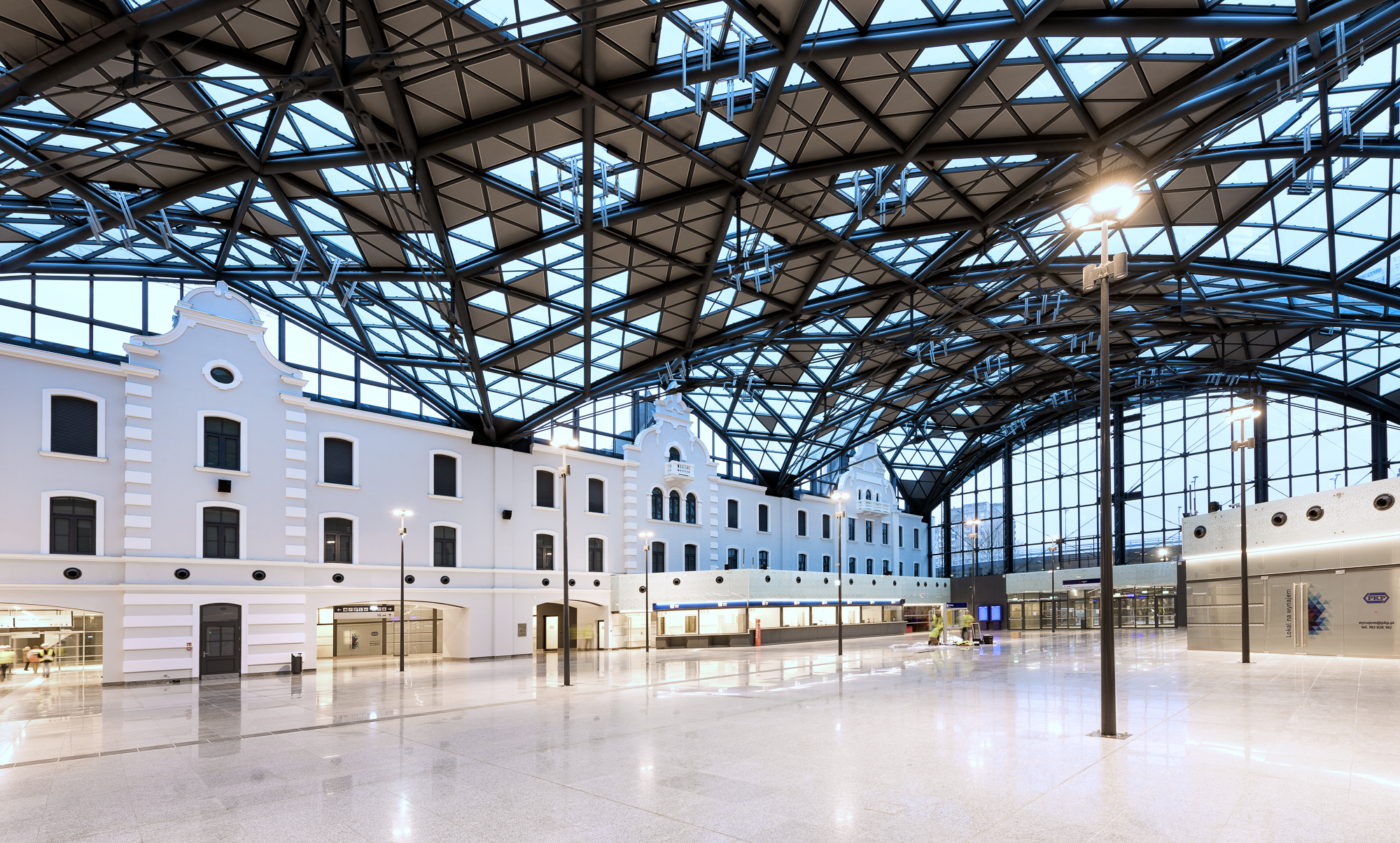