Opening of an overpass in Kościan

TORPOL S.A. ›
News ›
Opening of an overpass in Kościan

Opening of an overpass in Kościan

Today, during the press briefing organized by PKP PLK S.A., a railway viaduct was opened in the course of Młyńska Street in Kościan. The investment will improve road communication and road-rail safety in the area. The overpass was built as part of modernization investment works carried out by TORPOL S.A. on the E59 railway line between Czempiń and Leszno.

The construction consisting of a railway viaduct and retaining walls was built in place of the existing crossing at the level of the railway track. The construction of the overpass with a span width of 17 meters and a span of 13 meters enables collision-free passage under a three-track railway line. The width of the viaduct and retaining walls is 12 meters, while the roadway is 7 meters with a two-sided pavement 1.5-2.5 meters wide. The total length of the road route is over 387 m, of which the retaining walls on the access roads to the viaduct are 257 m long. As part of the construction of the facility, two pedestrian footbridges and 4 staircases were also built to improve pedestrian communication in the area. To increase the safety of vehicle and pedestrian traffic, protective barriers have been installed along the edge of the roadway along the length of the retaining walls.

TORPOL S.A. carries out modernization works on two contracts – the section Czempiń – Leszno and the border of the Lower Silesian Voivodeship – Leszno, the total net value of which amounts to approx. PLN 0.85 billion, implemented within the framework of the project “Works on the E59 railway line on the section Wrocław – Poznań, stage IV, section border of the Lower Silesian Voivodeship – Czempiń” under the EU financial instrument – Connecting Europe Facility (CEF). 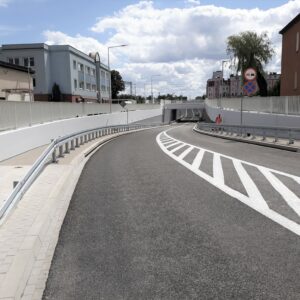 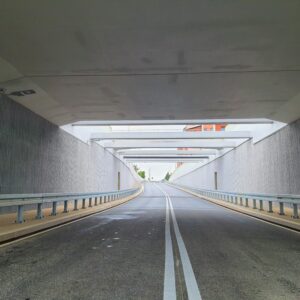 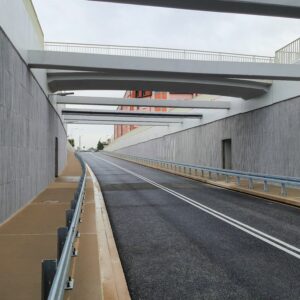 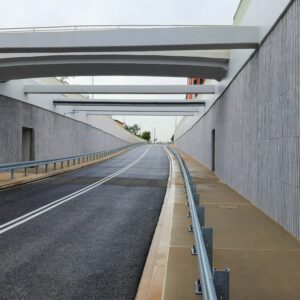 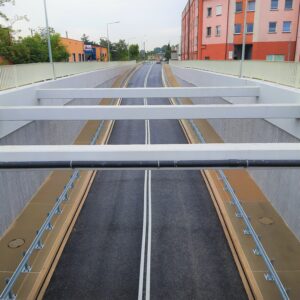 This site uses cookies to provide services at the highest level. By continuing to use the site, you agree to their use.OK!Privacy policy