TORPOL S.A. ›
News ›
Signing of the contract for the reconstruction of Pomorska Street in Wrocław

TORPOL S.A. has today concluded a contract with Wrocławskie Inwestycje Sp. z o.o. for complex reconstruction of Pomorska Street, from the crossing with Dubois Street to a viaduct at Reymonta Street.

The works include the development of a detailed design and execution of comprehensive reconstruction of Pomorska Street along a section of approximately 1 km. The scope of works includes the reconstruction of water supply, sewage, gas, electric power and telecommunication networks, as well as the construction of a municipal technological duct. The works also include the construction of a new separated tram track bed with catenary network, as well as the reconstruction of the road system and construction of a cycle path. In total, over a kilometre of roadway and tram tracks will be reconstructed, over 2 km of bicycle paths and 6 km of pavements will be built. Six stop platforms will be reconstructed, including two as elevated tram and bus platforms of the “Viennese” type.
The works will take place in a conservation area, therefore the project envisages the restoration of some of the paving from existing granite slabs and pavers. On the basis of arrangements with the City Conservator of Monuments on the section of Strzelecki Square, in the area of Bp. Tomasza Pierwszy St., it is planned to recreate the tracks of the former ‘Wrocławska Kolej Wąskotorowa’ [Wrocław Narrow Gauge Railway].

The value of the planned works is approximately PLN 66 million gross, and the period for their implementation has been set at 20 months from the date of signing the contract. 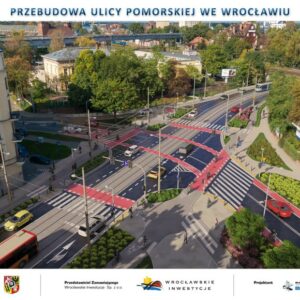 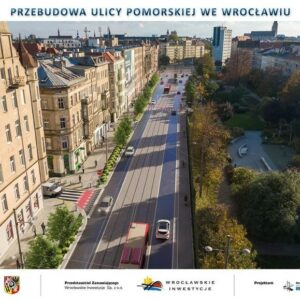 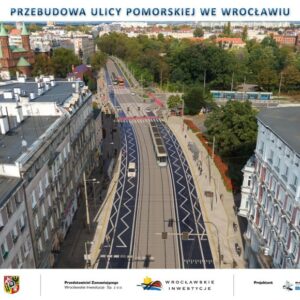 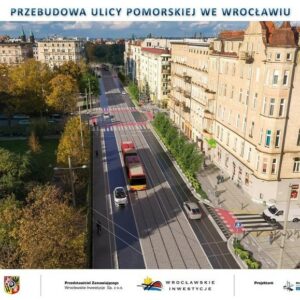