The TORPOL S.A. Employee Volunteering Programme “Wspólnym torem” has the form of a contest in which teams consisting of the Company’s employees prepare a volunteer initiative for the local community. Its aim is to activate and integrate employees around social activities, as well as to develop their skills and support them in activities for the benefit of their neighborhood. In the first edition of the programme, two projects were selected from the submitted ones and successfully implemented last week.

The first project entitled “KOLEJ na sprzątanie, więc uTORuj przedział and POCIAGnij szczędzlem dla Średzkiej Ciufci z Klasą” was carried out for the Association of Friends of the Średzka Kolejka “BANA” and concerned the preparation of the rolling stock of the Średzka Kolej Kolej Powiatowa for the summer season of 2022. As part of the project, a team of 15 volunteers participated in inspecting of the rolling stock and track infrastructure, and also in painting the edges of the platforms, cleaning the carriages and the passenger area, together with replenishing operating fluids.

– Thanks to the support of TORPOL S.A., my team and I had the opportunity to help the Środa County Railway prepare its rolling stock and infrastructure for the opening of the new season. We were able to spend this time in a completely different way than before, but still working in the area of our industry interests – commented Marta Borwin-Zubczyńska, the project leader. From the very beginning, the implementation of this project gave me double joy, because apart from the passion for developing new initiatives, I could support my own local environment, which has shaped me, where I took my first railway steps. I wholeheartedly encourage you to take up this type of activity, because we have seen that it is not only the recipient who benefits, but above all we, who become an even more cohesive and motivated team – stressed Borwin-Zubczyńska. I would like to thank everyone for their participation, involvement and all the effort they put into making the project a success. Thanks to the team, whom I did not have to convince long to join the action! Let’s hope for more such fruitful initiatives!

The second project carried out under the name “Spring cleaning in the hypotherapy centre in Baranówek” concerned renovating and preparing the stables and equipment of the center belonging to the Stworzenia Pana Smolenia Foundation for the new season. A team of 12 volunteers cleaned, repainted and secured the walls and equipment of the stables and riding hall, as well as elements of small architecture used by children during visits to the center.

– I really wanted to thank everyone involved in volunteering for their amazing work and commitment. It was really an honour to work with such a team! – said Kornelia Zawrzykraj, the project leader. The effect of their hard work and determination was visible to everybody. We did a wonderful job! The project itself was carried out in a friendly and pleasant atmosphere, which was probably influenced by the undoubted charm and magic of this place. I am convinced that what we have done together will certainly translate into the well-being of the Foundation’s exceptional animals and will have a direct impact on the safety of the hippotherapy classes conducted – Zawrzykraj emphasized. I would like to thank the Management Board of the Company for the opportunity to co-create such an initiative, as it is only on cooperation with such donors as TORPOL that the maintenance of such places as the hippotherapy centre for children with disabilities, created by Mr Bohdan Smoleń, depends.

We would like to congratulate and thank the Team Leaders and All Volunteers! Applications for the next edition of the programme will be collected from 1 September this year. 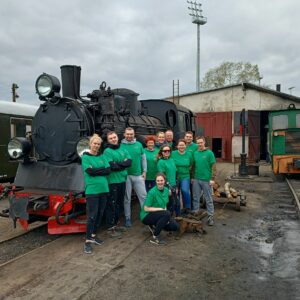 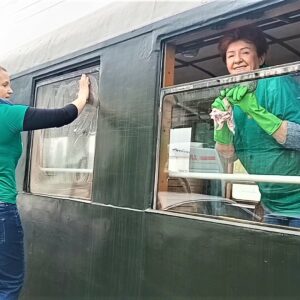 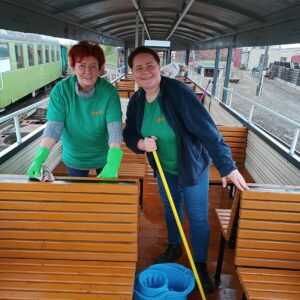 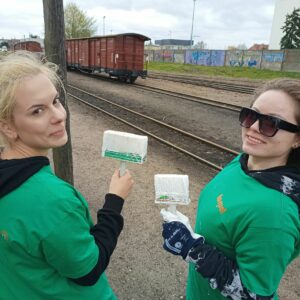 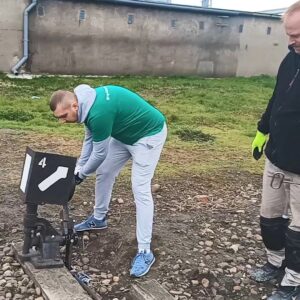 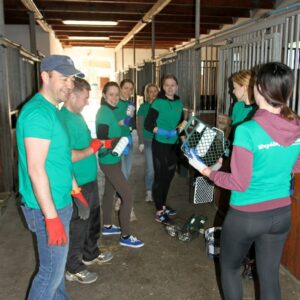 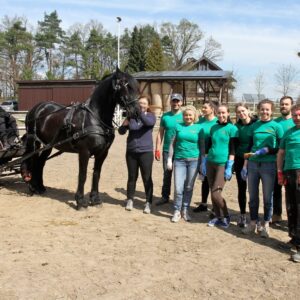 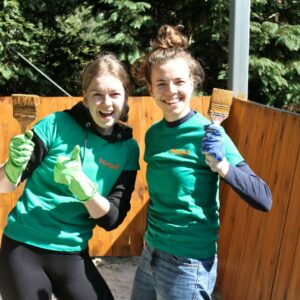 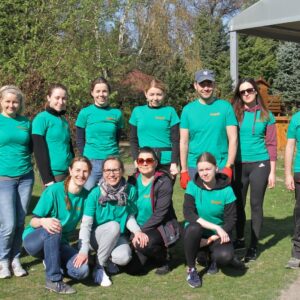